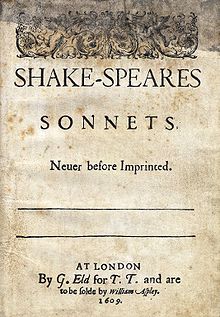 I was googling my interviewer, Eric, for Recurse Center and I found out that we have a common interest – electronic poetry.   I watched a youtube video he presented on clojure and poetry and generating (and read aiweirdness a bloggerthat he collaborated with). This is an area I am very interested in. There are a bunch of people in this field and I will probably post more on this topic.  But – let me meditate on one thing Eric says:

poems are emotive programs and programs are poems for the machine

So what is a poem vs a program? I am interested in the concept that  poem is a program. That it generates something – an emotion.  That it has to be “interpreted” or “compiled” the source code of the poem does not reveal how it works – for it to work you must hear it or read it.  Is this different from prose? Prose tells a story, and perhaps it also make you feel an emotion, but prose does not need this additional “interpretation/compilation.” The text of prose is much more explicit. This is a bit reductionist but poems uses words primarily to TRANSFORM or DO, where as prose uses words to COMMUNICATE.  You could argue against these points of view but I am going to stick with them.

Always when talk about this I think of AJ Ayers and performative speech. Speech that does something – like ‘Now I pronounce you man and wife’ or ‘Let this water turn to wine’  Here this transformation is has a place in objective reality not only subjective psychology  (as in the case with a poem).

I always thought of a program as performative -it does something.  A poetic program would not always do the same thing.  It would do different things based on system (perhaps data) it runs on.  I think a good analogy of poem as program is when people no longer write computer programs but set variable weights and have machine learning programs write programs.